An Event Not To Be Missed!

The MSL Society Las Vegas Conference is the flagship conference of the MSL Society. Over 300 MSLs and MSL Leaders will descend on Las Vegas for 2.5 days of thought provoking discussions and peer-led networking. With the rapid growth of the MSL profession, the conference will explore how MSLs can improve and add value to KOL relationships, enhancing skills, and many other topic to help MSLs be most effective within the position. We will also explore other challenges that are pertinent to the industry, such as creating effective on-boarding programs, MSL mentoring and creating excellence centers to support MSLs. The conference combines industry led presentations with breakout workshops. This format provides the opportunity to learn about the latest trends shaping the industry, whilst enhancing skills set that are essential for success in the profession.

Join us in Las Vegas and gain an edge for success!

Curious what to expect this year?

Watch highlights from our 2018 annual conference… 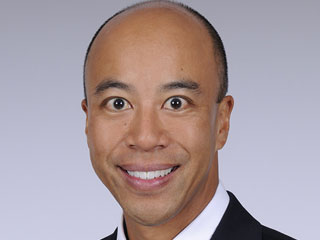 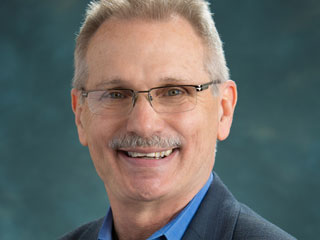 US Head of Medical Affairs

20% Discount Available for MSL Teams of 3 or more

The MSL Community shares their

thoughts on the Annual Conference

The Annual MSL Society Conference offers a mechanism for all of us to evaluate what we are currently doing and to find ways to further improve through exposure to the practices of others. We can listen, share, grow, and learn from each other in this accessible, dynamic, and respectful environment.

US Head of Medical Affairs, - Valneva

This will be the first time I am attending the MSL Society Conference. I most look forward to meeting new MSLs and those aspiring to become Medical Science Liaisons. I have been very fortunate to be in a Liaison role for 12 plus years and I hope to ‘pay it forward’ and help my fellow colleagues to learn more about the position and assist them anyway I can!

The MSL Society Annual Conference  is a great opportunity to network with MSLs from all over the world,  it’s an opportunity for professional development , and is a terrific venue to hear about best practices and to strategize on how to implement those best practices at my company.

Why is it important to measure MSLs performance? MSLs are scientific based field agents.  We are Medical Affairs assets that engage scientifically with SE and share scientific and clinical information bidirectionally in a way that is both useful for the...

Why is fostering ethical interactions important in the MSL profession? Ethics is often seen as a proscriptive activity - telling you what you cannot do. However, understanding the context and principles behind medical ethics can be freeing. Along with...

and get Exclusive Insights

A Patient Success Story and the Impact of Medical Affairs

John Baumann was a 41 year old successful attorney when he was diagnosed with Parkinson’s disease. After the initial devastating shock, he did what he has always done, decided to live the best life possible with courage and inner strength. He built a team of Doctors, therapists, and, yes, even pharmaceutical company conference exhibitors. He learned about a medication produced by Teva that could only be obtain outside the US and testified before the FDA on their behalf. He then learned of an injectable medication and became a patient ambassador to better inform the Parkinson’s community. John has been the inspirational keynote speaker at over 100 Parkinson’s Symposiums across the US and Canada. Mr. Baumann has also been a presenter, providing the patient’s perspective, at international neurological scientific conferences in San Francisco, Los Angeles, Dallas, Chicago and New York. John has also facilitated motivational workshops for pharmaceutical representatives and other employees of these companies. His message to patients and care partners is clear: Do Whatever it Takes to Live Your Best Life Possible with (or without) Parkinson’s or Any Other Chronic Condition. This includes not only, a healthier diet and more exercise, but necessary, beneficial medication. John believes that he could not do what he does without his medication.

John is not only an internationally-recognized inspirational keynote speaker, but a critically-acclaimed author on success, a patient advocate, a former adjunct professor, and a former attorney who graduated from Cornell, passed three states bar exams, and practiced law for 30 years.